The Anti-terrorism day is celebrated across our country to make the people aware of the anti-social act of terrorism and its impact on human suffering and psyche. The whole world including India is facing terrorism on a wide scale,of late. The symbols of democracy and secularism are targeted.

The famous World Trade Centre attack was a heinous terrorist attack which cannot be easily forgotten by this generation. The 26/11 attack on Mumbai is also no exception in this regard. The observance of Anti-terrorism day is noteworthy to express the anger and the show of solidarity with humanity. Terrorism is an act of causing loss of life and fear of death by the dreadful acts of terrorists. Terrorism is an attack on the rights of human beings. The scar of terrorist attacks remain on the minds of people for years together maiming any positive development in their life.

This day should make every citizen view terrorism on a negative note and fight against it so that further terrorist acts do not take place. This day can be celebrated by organizing rallies against terrorism, showing placards, educating the terrorists in prison, inculcating better life values for the younger generation, etc. Every individual should vow to be a soldier against terrorism.

The Anti-Terrorism Day is observed on the 21st of May throughout the country. It was on this day in 1991 that former Prime Minister Rajiv Gandhi fell to the bullets of terrorists. Anti-terrorism or anti-violence pledge will be taken in all the government offices, public sector undertakings and other public institutions on this day

The 26/11 terrorist attack in Mumbai 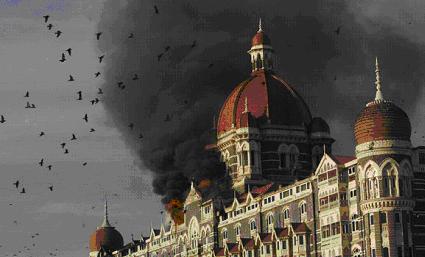 The Day is observed to generate awareness in the country among all sections of people, about the danger of terrorism, violence and its dangerous effect on the people, the society and the country as a whole. The objective behind the observance of the day is to wean away the youth from terrorism or violence by highlighting the suffering of the common people and showing how it is prejudicial to the national interest.

These objectives are aimed to be achieved by organizing debates or discussions in schools, colleges and universities; holding of symposia or seminars, lectures, on the dangers of terrorism and violence and a determined and sustained drive to bring about mass awakening against terrorism and violence. Voluntary organizations, social and cultural bodies should organize their own programs through lectures, talks, discussions, and cultural functions. Mass education programs should held to highlight the ill effects of terrorism and its aftermath.