The New Year of the Gregorian calendar, today in worldwide use, falls on 1st of January, continuing the practice of the Roman calendar. New Year time is the most important event of the year and it becomes more cherished one if it is celebrated with fun, pranks and excitement. It's real fun to see people splurging in the wonderful celebrations. New Year's Day marks the end of one year and beginning of the other. Its time for heaps and loads of fun, cheer, joy and love. This is one of the most anticipated festivals around the world and is also one of the oldest celebrated holidays in a grand way splurging on shopping and food royally. The day is marked with a shining optimism for the rest of the year.

The history of New Year dates back to the pre historic era and it has undergone so many changes to become what it is now in its global form. But however the celebration of the New Year is been taking place right from the dawn of the civilization. New Year is celebrated with major festivity on the 1st of January with different cultural practices by different groups of people from various parts of the world according to their own tradition. The earliest mention of the New Year is found in the Mesopotamian culture. Initially in 2000 BC both the Romans and the Babylonians used to celebrate the New Year on March 1st which is the day of the Vernal Equinox. Greeks celebrated the New Year on winter solstice. At that time there were only ten calendar months beginning from March which can be proved from the fact that in those days the months September to December was respectively the seventh, eighth, ninth and the tenth months.

In Latin, 'Septem' means, seven, 'Octo' means, eight, 'Novem' means, ninth and 'Decem' means ten. Later in 153 BC Numa Pontilius, the second Roman King was the one who brought in two other months namely January and February with which the celebration of the New Year also got shifted to January 1st.The month January was named after the Roman God Janus who had two faces, one looking forward and the other looking backward which made the emperor to establish January as a gate to the New Year. This calendar was based on the Lunar cycle.Buthowever there were still people in different parts of the country observing New Year on March 1.This was followed by the Julian Calender which worked based on the solar cycle. Though it still had its observation of January 1st as New Year it was resisted by a particular group of people every now and then.Atlast it was Pope Gregory XII who strongly fixed the New Year on January 1st according to the Gregorian calendar and was soon accepted and recognized by the world. 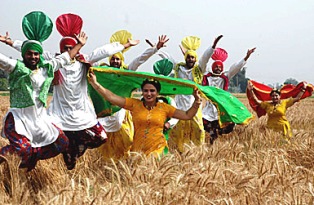 There are so many legends and superstitions associated with the New Year. Though sometimes it is a myth we still follow it for a successful running of the whole year. In most part of the Western world it is believed that you will have to kiss your loved ones on their forehead at the stroke of midnight for a good relationship for that one full year. It mainly expresses how much you care and love them. There is a general belief of the babies who are born on this day are supposed to be very lucky and will have a prosperous following years. It is an auspicious belief to wear new clothes on New Year so that we have a steady income of new clothes and good things throughout the year. Eating of black eyed peas along with cabbage or turnip green is supposed to be considered as a symbol of good luck and money which wishes prosperous New Year ahead. Any dealings with money like paying of debts or settling of loans should be done before January 1st so that the New Year is started fresh.

There is also another myth which says that never lend money on 1st of January for it indicates that money will be flowing out of your hand instead of coming in. On the eve of New Year we welcome it by bursting crackers and screaming out Happy New Year. This screaming and bursting is to ward off or scare away any evil spirits. One should be happy throughout the day and should never cry or fight with anyone for being the first day of the New Year. Being cheerful on this day will ensure a happy year ahead. You should see to that never break anything on this day which symbolizes a damaging New Year ahead. There is another popular belief in the Western World on the first visitor of the day, like it is lucky if a tall, dark-haired man visits you first. On the other it is symbol of bad luck when a blonde or a redhead visits you first. There are also other lucky gifts like a silver coin, a lump of coal, piece of bread, etc.

There are different customs and tradition followed by people living in different parts of the world which varies depending upon their cultures and religions. One of the most popular custom and tradition throughout the world on the eve of New Year is to visit places of worship to thank God for the previous year and for a successful year ahead. It is a tradition among most of the community to start the New Year with the blessings of the Almighty. There are also special prayer session and midnight masses conducted on the eve of the New Year in most churches. There are pooja ceremonies arranged in the Hindu temples by the people belonging to that particular community. The other common and most popular custom is to make resolutions. But however sometimes it is broken, taken in a good humour.Eating of black eyed peas along with cabbage or turnip green is supposed to be considered as a symbol of good luck and money which wishes prosperous New Year ahead. Apart from this another common tradition is to eat anything in the shape of a ring, like doughnuts which is supposed to bring good luck. On the eve of New Year we welcome it by bursting crackers and screaming out Happy New Year. This screaming and bursting is to ward off or scare away any evil spirits lurking in corners. Fireworks on New Year are supposed to bring zing and splendor to your celebrations which indicate radiance of bright future ahead.

Celebration of New Year in India

This is one of the major national festival celebrated in India with lot of fervor. The celebration includes prayers, parties, fetes and social feasts. As a part of tradition the common celebration includes visiting places of worship to thank God for the previous year and for a successful year ahead. It is a tradition among most of the community to start the New Year with the blessings of the Almighty. There are also special prayer session and midnight masses conducted on the eve of the New Year in most churches. There are pooja ceremonies arranged in the Hindu temples by the people belonging to that particular community. The day involves parties with friends and family members are to farewell the past year and to welcome the New Year. Nowadays New Year bashes takes place both in metropolitan as well as smaller towns. Though the idea of celebration varies in different places the aim is to have fun and frolic with euphoria.

The celebration in metropolitan and big cities is lavish where the night clubs, discotheques and amusement parks conduct New Year parties thronged both by people of all age groups especially youngsters. There are musical and dance shows where popular actors, singers and professional dancers entertain and cheer up the people.Ofcourse no celebrations is complete without a sumptuous dinner and cutting of the New Year cake. These days live orchestra parties form an integral part of New Year celebrations. An air of festive mood pervades everywhere and become go maniac about the last minute celebrations. The age old practice of the New Year celebrations includes exchanging gifts, flowers and greeting cards with their friends and family members.

New Year Celebration around the World

Each year over a million people gather to celebrate to welcome the New Year amidst bursts of light, color, and thumping music. Many cities will have a fireworks display or hold celebrations in the city centre or the main shopping district. They usually involve lots of fairy lights, street food, balloons, and loud pop music. Fireworks play a major part in the New Year's celebrations. New Year is one festival which is celebrated worldwide with fervor and passion. Be it any country - India, France, America or Russia, the excitement and energy levels for the New Year never goes down. It gives a chance to party, gorge on heavy meals and dress up in best attires. Everyone gets into a holiday mood with shopping, holiday cruises and outings.

Celebration never goes without gifts for it is one of the best ways to show your feelings and love for each other. On a New Year Day we show or express recognition or realization all those special moments we have spent together in the year that pasta New Year Day Gift is the most wonderful way of celebrating togetherness and showing to your loved ones how much they mean to you. It generally includes flowers, cards and chocolates. Nowadays there are so many gifts available specially designed for the New Year day. There are different kinds of New Year gifts available in the market nowadays. So you need to be little smart with your pick. The best way to wish your near and dear ones during New Year celebrations is to gift tempting sweet cakes with special icing on them. Your choice of gift depends on how how you look at it and to whom you are going to gift it.