The engineering sector is the largest of the industrial sectors in India. It accounts for about 27% of the total factories in the country and represents 63% of the overall foreign collaborations. The engineering sector, being closely associated with the manufacturing and infrastructure sectors, is of strategic importance to India’s economy.

India exports transport equipment, capital goods, other machinery/equipment, and light engineering products such as castings, forgings, and fasteners to various countries of the world being made by its Engineering industries. 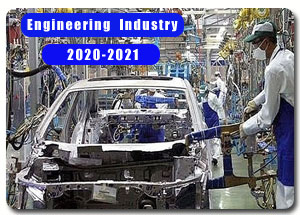 India ranked among the top 10 recipients of Foreign Direct Investment (FDI) in FY20 , attracting US$ 49 billion in inflows, a 16% increase from the previous year, driving the engineering sector further. India’s engineering R&D market will increase from US$ 36 billion in FY19 to US$ 42 billion by FY22.

FDI inflows for miscellaneous mechanical and engineering sectors stood at US$ 3,669.51 million between April 2000 and December 2020 according to the data released by Department for Promotion of Industry and Internal Trade (DPIIT).