India is a country known for its rich diversity. Every region has its own unique art form and culture and handicrafts. Indian handicrafts are about 5,000 years old, and have existed from the time of Indus Valley Civilization. And handicrafts of India are one of the main sources of income for a majority of the population after agriculture. 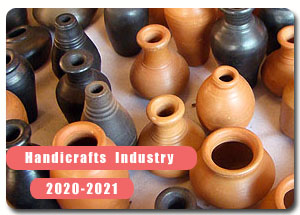 Handicrafts are handmade objects by skilled craftsmen. These can be decorative pieces or objects for daily use. But with modernization and technical developments these crafts are slowly disappearing from our tradition.

Handicrafts of India are not only popular within the country but they are highly famous in many parts of the world. Most of the states in India produce various kinds of handicraft products.

Export of various handicrafts from India during April 2020 to January 2021 are: