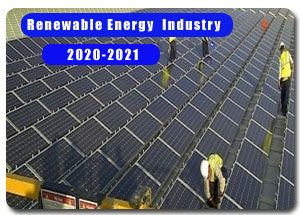 
Investments into the Industry

According to the data released by Department for Promotion of Industry and Internal Trade (DPIIT), FDI inflow in the Indian non-conventional energy sector stood at US$ 9.83 billion between April 2000 and December 2020. More than US$ 42 billion has been invested in India’s renewable energy sector since 2014. India ranked 3rd globally in terms of its renewable energy investments and plans in 2020.

As per the Central Electricity Authority (CEA) estimates, by 2029-30, the share of renewable energy generation would increase from 18% to 44%, while that of thermal is expected to reduce from 78% to 52%.