India is one of the biggest consumer of data worldwide. As per TRAI, the average wireless data usage per data subscriber was 11 GB per month in FY20. It is expected to reach to 18 GB by 2024.
India is the world’s second-largest telecommunications market with a subscriber base of 1.16 billion and has registered strong growth in recent years. The Indian mobile economy is growing rapidly and will contribute substantially to India’s Gross Domestic Product (GDP) Did you know that India surpassed the US recently to become the second largest market in terms of number of app downloads? 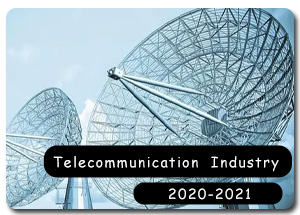 FDI inflow into the telecom sector during April 2000 – December 2020 totalled US$ 37.62 billion according to the data released by Department for Promotion of Industry and Internal Trade (DPIIT).
FDI cap in the telecom sector has been increased to 100% from 74%; out of 100%, 49% will be done through the automatic
route and the rest will be done through the FIPB approval route. FDI of up to 100% is permitted for infrastructure providers
offering dark fibre, electronic mail and voice mail.

The number of internet subscribers in the country is expected to double by 2021 to 829 million and overall IP traffic is expected
to grow four-fold at a CAGR of 30% by 2021.

According to an industry survey, India is expected to become the fastest-growing telecom advertisement market, with an annual
growth rate of 11% between 2020 and 2023.

The Indian Government is planning to develop 100 smart city projects, and IoT (Internet of Things) will play a vital role in
developing these cities. The National Digital Communications Policy plans in attracting investment worth US$ 100 billion in the
telecommunications sector by 2022. App downloads in India is expected to increase to about 37.21 billion in 2022.

back to telecom INDUSTRies