Indian banking industry suffered some setbacks during the course of the year 2011 to 2012 because of the prevailing unfavorable environment across the globe. Number of reporting offices of commercial banks crossed the 90,000 mark and was recorded at 91,558 by the end of September 2011. Population served per office declined to 13,100 during the same period. The asset size of scheduled commercial banks was estimated at INR 71.8 trillion by March 2011.

The country suffered from high inflation throughout the year with inflation rate hovering around 9%. In order to curb the inflation, Reserve bank of India increased the benchmark repo rate seven times during the year with an effective increase of 225 basis points.

The persistent high interest rate slowed down the credit demand and deteriorated the asset quality of the banks, especially in the public sector. The ratio of non-performing assets has gone up to 2.9% by the end of year, sharply rising from 2.3% in the previous year. 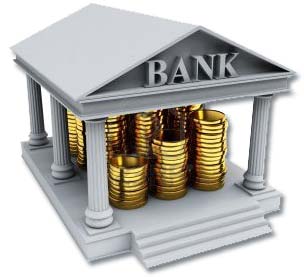 Government has earmarked INR 158.9 billion in the union budget to recapitalize the public sector banks.Gross bank credit only grew by 15.8% YoY compared with 27.3% in the previous year. This was mainly due to slow growth in non-food credit. Personal loans were less affected and registered a 12.8% YoY growth driven primarily by high growth in consumer durable, vehicle, and educational loans. Meanwhile, deposits grew by 16.7% driven mainly by 19.4% increase in time deposits while demand deposits shrunk by 1.1% in comparison with previous year.

State bank of India registered an annual net profit growth of 15.4% but there was a steep rise in its gross NPA ratio which rose to an alarming 4.2% in the third quarter of fiscal year. Punjab National Bank also had a 20% increase in its gross NPA ratio by the end of December 2011. HDFC was the best performer in terms of net interest margin, which was stable around the 4% mark. It also registered a 31.4% YoY growth in the net profit. ICICI bank registered a net profit growth of 20.3% but recorded a low net interest margin of 2.7% in third quarter.

back to banking INDUSTRY