The furniture industry in India is considered as a non organized sector, with handicraft production accounting for about 85% of the furniture production in India.

The furniture sector in India only makes a marginal contribution to the formation of GDP, representing just a small percentage of about 0.5%.

India now has a booming real estate and housing sector. According to figures released by the department of industrial policy and promotion, government of India, the real estate sector has attracted foreign direct investments to the tune of around $2.8 billion in the last fiscal, making it one of the largest sectors utilizing the furniture output of the country. 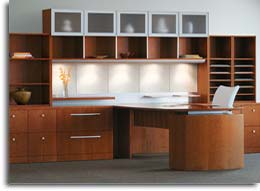 The hospitality sector of the country is also slated to fuel the demand of furniture from Indian furniture manufacturers and wholesalers. As of now, India has over 300 projects and 66,600 rooms in the pipeline for 2012. 78 new hotels, amounting to 13,709 rooms were added in 2010 in India. Any new hotel requires huge numbers of furniture and they'll procure their requirements from the Indian furniture wholesalers and manufacturers. The growing middle class households which was about 135 million in 2007-08, grew to over 140 million by 2009-10, fuelling a need for more furniture output.

As of now, the Indian furniture market is worth $8 billion and growing at a rate of 30 per cent compounded annually with the organized Indian furniture wholesalers and manufacturers accounting for 15 per cent. However, there are only about 10,550 furniture importers who mostly import from Germany, Italy, Malaysia and Spain. The branded furniture market of the country comprising commercial and residential furniture was valued at nearly $1.3 billion in 2008 and slated to reach $3.7 billion by the end of 2012.

The Association of Furniture Manufacturers of India (AFMI)

back to furniture INDUSTRY