The solar industry has immense potential for a tropical country like India where around 45% of households, mainly rural ones, do not have access to electricity.. The solar industry in India has witnessed rapid growth over the past few years and is projected to grow further in future, with the growing demands for energy.

Being a tropical country India is blessed with ample solar radiation and most part of the country experience 300 to 330 sunny days in a year. India receives solar energy equivalent to more than 5,000 Trillion kWh per year, which is far more than its total annual energy consumption. The country's geographical location, large population and government support are assisting it to become one of the most rapidly emerging solar energy markets in the world. Consequently, the country is becoming a favorite investment destination for both local and global players in the solar energy field. 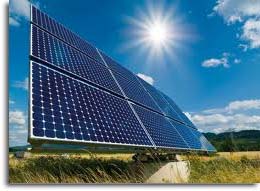 Demand for solar products has been rapidly rising for the recent years, especially in rural areas, and is expected to continue growing substantially during the period (2011-2013).

The number of solar water heating systems is projected to grow at a CAGR of about 22% between 2011 and 2013.

back to solar INDUSTRies