The chocolate industry in India is growing quickly and is expected to see double-digit growth over the next five years. Latest industry reports predict that the total value of the chocolate market is pegged to grow at a CAGR of close to 10% between 2019-2023. One in five Indian that is about 21% say that they eat chocolate on a regular basis. 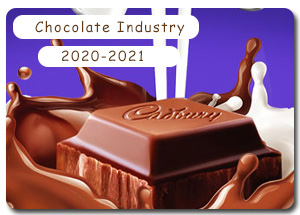 Taking a closer look at those who’ve eaten chocolate in the last three months, three in five (61%) say they are frequent users, meaning they eat chocolate daily or at least once a week. And it consists of 55% women and 45% men.

Drivers for the Industry

back to chocolate INDUSTRies