India is the second biggest consumer of fertilizer in the world next only to China In the financial year 2020, there were 32 large size urea manufacturing plants in India. India is one of the leading producers of this fertilizer. 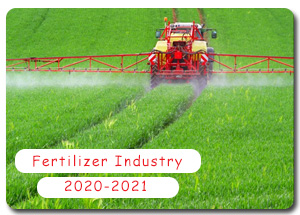 Fertilizers are one of the key factors responsible for the success of India's green revolution and subsequent self-reliance in food-grain production. The increase in fertilizer consumption has contributed significantly to sustainable production of food grains in the country. As a result, the demand of fertilizers has witnessed double digit growth rates over the past several years. Looking forward the Indian fertilizer market is to grow at a CAGR of 5.50% during 2021-2026.

back to fertilizer INDUSTRies