Fertilizer is defined as any substance which is organic or inorganic, natural or artificial, supplies one or more of the chemical elements required for plant growth. Carbon, oxygen and hydrogen are directly supplied by air and water and therefore not treated as nutrients by the fertilizer industry. One of the vital industries for the Indian economy is the Indian Fertilizer Industry as it manufactures a very critical raw material for agriculture which is the major occupation of the country. The fertilizers especially like the ammonia urea plants are energy demanding in their operation. 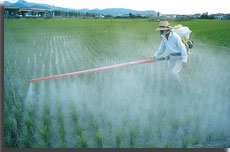 Indian fertilizer industry's main objective is to ensure the supply of primary and secondary nutrients in the required quantities. The Indian Fertilizer Industry is the most energy intensive sectors according to the context of environmental discussions. As there is increasing productivity through the implementation of competent and pollution free technologies in the manufacturing sector it would be desirable in combining economic, environmental and social development objectives. Today the Indian fertilizer industry in the past 50 years has grown in size and stature as it ranks third in the world.

In 1950-51 in India the per hectare consumption of fertilizer was less than 1/4th of the global average. During this particular period the production was by and large in the purview of public sector and co operative sector. Government introduced the Retention Price Scheme (RPS) in the year 1977 with the goals of providing fertilizers to farmers at reasonable rates without affecting the profitability of the manufacturers. 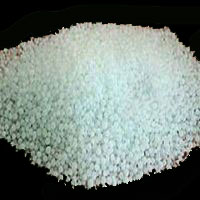 The government under this policy would pay the manufacturers, the difference between the administered price (sale price) and the retention price (cost of production).Over and above the retention price subsidy, the equated freight subsidy was introduced to enable the manufacturers to cover the cost of transportation. Economic liberalization Policy had its effect on the fertilizer industry too. Where the government had the move to aim at reducing subsidy and decontrolled all the phosphatic and potassic fertilizers in 1992 the ratio of fertilizer utilization was strained.

The government strategized a long term fertilizer policy to be completed in three different phase, beginning in 2000-01 and ending in 2006-2007.

Indian Fertilizer industry today has succeeded in meeting the demand of all chemical fertilizers over the years. The first manufacturing unit was started by the Indian Fertilizer Industry which was of Single Super Phosphate (SSP) in Ranipet near Chennai with a capacity of 6000 MT a year. India's green revolution in 60's gave a positive boost to this particular sector. The industry of Fertilizer experienced a faster growth rate and presently India is the third largest fertilizer producer in the world. According to Statistics, total capacity of the industry as in .2003 has reached a level of 121.10 lakh MT of nitrogen (inclusive of an installed capacity of 208.42 lakh MT of urea after reassessment of capacity) and 53.60 lakh MT of phosphatic nutrient. 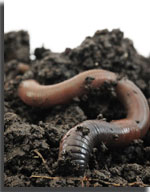 In India, presently there are 57 large fertilizers plants producing urea, DAP, Complex fertilizer, Ammonium Sulphate (AS) and Calcium Ammonium Nitrate (CAN). There are others also boosting the Industry like the Tranvancore of India Ltd. (FACT) in Cochin, Kerala, and the another one Fertilizers Corporation of India (FCI) in Sindri, Bihar.Both of these were established as pedestal fertilizer units to have self sufficiency in the production of foodgrains. Later the industry gained impetus in its growth due to green revolution. Then followed by seventies and eighties when fertilizer industry witnessed an incredible boom in the fertilizer production.

Some of the private sector companies in Indian fertilizer industry:

The classification of the Indian Fertilizer Industry as "Red" represents it as a highly polluting industry.