The Indian Real Estate Industry in the country is one of great importance and according to the report of the Technical Group on Estimation of Housing Shortage, as estimated there was a shortage of 26.53 million houses during the Eleventh Five Year Plan (2007-12) which provides a big investment opportunity. In 2010 India has lead the pack of top real estate investment markets in Asia according to a study by PricewaterhouseCooper (PwC) and Urban Land Institute, a global non-profit education. 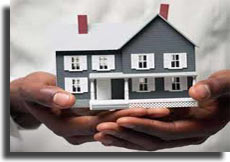 The report provides emphasis on Asia-Pacific real estate investment and development trends emphasizes India, in particular Mumbai and Delhi, are good real estate investment destinations. Even the Residential properties are viewed as more promising than other sectors. Today Mumbai, Delhi, Chennai and Bangalore are on top the pack in the 'buy' prospects. Indian Real Estate Companies are creating various residential and commercial projects to fulfill the demand for residential and office properties in Tier-II and Tier-III cities.

For example, Ansal Properties have several residential projects in cities such as Jodhpur, Ajmer, Jaipur, Panipat, Kundli and Agra. Omaxe has planned around 40 residential and integrated township projects in Tier-II and Tier-III cities, majority of them in Uttar Pradesh, Punjab, Madhya Pradesh, Rajasthan and Haryana. According to latest analysis released by the Department of Industrial Policy and Promotion (DIPP), housing and real estate sector including cineplex, multiplex, integrated townships and commercial complexes, etc, attracted a cumulative foreign direct investment (FDI) worth US$ 8.4 billion from April 2000 to April 2010 and even the sector witnessed FDI amounting US$ 2.8 billion in the fiscal year 2009-10.

Indian Organized Retail Market is accelerating with players like WalMart, Bharti, and Reliance etc. which stepped up the demand for real estate. According to analysts, a price index must be incorporated for the housing market to track price movement. And even the government must ensure that there is no shortage of funds. Recent harbinger, the Securities Exchange Board of India is permitting Real Estate Industry's mutual funds in both private and public sector which would go in a long way in attracting funds from small investors emphasizing certain return. Another impediment that can be eased on the discretion of government is the existing tax laws and other complex regulations relating to multidimensional real estates such as industrial parks and SEZs. 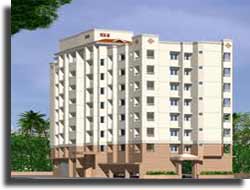 The success behind the sudden rise of Indian Real Estate Industry is due to the positive outlook of Indian government and which is the second largest employer after agriculture in India. Today this budding sector is witnessing development in all area such as - residential, retail and commercial in metros of India such as Mumbai, Delhi & NCR, Kolkata and Chennai. Easier access to bank loans and higher earnings are some of the pivotal reasons behind the sudden jump in Indian real estate.

Government of India has proposed to achieve 9.0% GDP growth during the Eleventh Plan period and to achieve growth adequate infrastructure is the most basic requirement. To overcome the current constraints of insufficient modern infrastructure, the government is developing a program for infrastructure investment through both public and private sectors, and expects to more than double public investments from 1.2% of GDP in FY07 to 2.8% by FY12. Indian Real Estate Industry's favorable demographics, rising purchasing power, availability of cheap finance, professionalism and reforms initiated by the government are some of the major drivers of this spectacular growth.

The burgeoning outsourcing and IT/ITES industry had contributed to the demand for quality office space as with most of the blue-chip MNC's setting shop in the country. Today the estimated demand for IT/ITES Industry alone is expected to be 150 million sq ft of space across the major cities in the year 2010. While in residential segment, availability of easy home finance and rising purchasing power has driven the growth. Builders today are launching high-end, lifestyle residential products to cater to the growing bunch of high net worth individuals. In residential sector there is housing shortage of 19.4 million units out of which 6.7 million are in urban India.

In the year 2004 according to government projections for Indian Real Estate Industry contributed 6.5% to the total GDP growth. Indian Government is pushing harder for higher GDP growth targets and so the jobs in India are expected to be on the constant rise. According to industry analysis the estimation of the Real Estate Industry has been growing at 33 % CAGR and could be a $50 billion industry in the next four years. The improvement has been noticed by all the major sectors of the industry such as commercial, residential, retail, industrial, hospitality and healthcare.