Over the years the Indian Leather Industry has undergone drastic change from being a mere exporter of raw materials in the early 60's and 70's to an exporter of finished, value-added leather products. The main reason behind this good transformation is the several policy initiatives taken by the government of India. Indian proactive government initiatives have yielded quick and improved results. Today the Indian leather industry has attained a prominent place in the Indian export and has made the industry one of the top 7 industries that earns foreign exchange for the country. 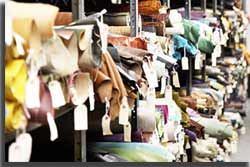 Since 1991 as India adopted the globalization and liberalized economic policies, the leather industry has flourished consistently in several ways and has contributed heavily to the Indian exchequer. Investing in Indian Leather Industry is advantageous because the industry is poised to grow further and achieve a major share in the global trading market.

The post liberalization era has opened up a great plethora of opportunities for the Indian Leather Industry. As the global players looking for new sourcing options while in addition to China, India stands to gain a bigger share of the global market. Leading brands from the US and Europe have plans to source leather and leather products from India.

Indian Leather Industry currently is one among the top 8 industries for export revenue generation in India, holding 10% of the global raw material, and 2% of the global trade. India has become biggest livestock producer in the world, with the capacity of 1.8 billion square feet of leather production annually. Global Footwear of 13% production comprising of 16 billion pairs are made in India. India today produces 2065 million pairs of various categories of footwear. It exports 115 million pairs, thus having 95% of its production to meet its own domestic demand.

Indian Leather Industry has developed to a large extent and is the second largest producer next to China. The industry is equipped mostly with a potential for employment generation, growth and exports, with the annual exports touching 2 billion USD. The industry experienced a positive metamorphosis from being a transporter of raw materials to an established exporter of value added and finished leather products. Currently it is on an ever increasing phase with optimum utilization of available raw materials and maximum returns from exports. 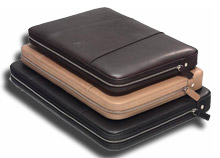 India has less than 3% share in the global trade in leather compared to China's 20%. Government of India realizing the growth potential of the leather industry has been making significant efforts to promote rapid advancement of the industry. On June 30, 2005, the Cabinet Committee on Economic Affairs (CCEA) decided to implement an Rs 2.9 billion scheme for the integrated development of the Indian Leather Industry. Under the scheme, existing tanneries will be modernized and new units will be set up for footwear, components and leather products. This scheme is expected to result in gains in terms of productivity, right-sizing of capacity, cost-cutting, and design-development. The leather and leather products industry is one of the oldest manufacturing industries in India. The Indian leather industry provides employment to about 2.5 million people in the country and has an annual turnover of approximately US$ 5,000,000.

Indian leather Industry occupies a prominent place in the Indian economy in view of its massive potential for employment, growth and exports. There has been an increasing emphasis on its planned development, aimed at optimum utilisation of available raw materials for maximising the returns, particularly from exports. The exports of leather and leather products gained momentum during the past two decades. There has been a phenomenal growth in exports from Rs.320 million in the year 1965-66 to Rs.69558 million in 1996-97. Today Indian Leather Industry has attained well merited recognition in international markets besides occupying a prominent place among the top seven foreign exchange earners of the country.

In 2009-10 with an annual turnover of over US$ 7 billion, the export of leather and leather products increased manifold over the past decades and touched US$ 3.40, with recording a cumulative annual growth rate of about 5.43% (5 years).

Though India is the second largest producer of footwear and leather garments in the world, India accounts for a share of close to 3% in the global leather import trade of US$ 137 billion (2008).

To develop the footwear industry the Indian Government has come up with numerous initiatives. Footwear Industry is now de-licensed and de-reserved, providing expansion of capacities on modern lines with state-of-the-art machinery. Government has also permitted 100% Foreign Direct Investment through the automatic route for the footwear sector. Nearly 75% of the leather products exported from India goes to EU and US.

The Indian Leather industry categorizes under organized sectors and produces garments, leather merchandise besides tanning and finishing, with major manufacturing hubs in Chennai, Kanpur and Kolkata. Indian leather industry is set to boom with bright career opportunities in both technical and designing areas. The Indian corporates together with foreign multinationals in this industry have made it possible to look forward to exciting employment options. There are opportuntieis as designers, human resources and all the finance & marketing related jobs. The industry employs 2.5 million persons presently.