Indian 'agro' or 'agriculture' marks the beginning of 'civilized' or 'sedentary' society. Climate change and increase in population in the country during the Holocene Era (10,000 BC onwards) led to the evolution of agriculture. Domestication of plants and animals during the Bronze Age transformed the profession of the early Homo sapiens from hunting and gathering to selective hunting, herding and finally to settled agriculture. Then gradually agricultural practices enabled people to establish permanent settlements and expand urban based societies in India. 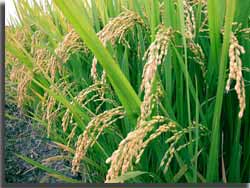 According to history of the Indian agriculture industry the water-management practices are known to have either been taken up by the state or by local village communities since the earliest times. Regional rulers & the local representatives of the state were generally obliged to allocate a certain percentage of the agricultural taxes on building and managing water-storage, water-harvesting and/or water-diverting structures which facilitated a second crop, and provided water for drinking and other purposes in the long dry season.

The British rule in India witnessed the destruction of century-old water management structures and a virtual wreckage of the knowledge systems and cultural traditions that had helped build and preserve these water-management techniques over the centuries in states such as Bihar, Bengal, Karnataka, Tamil Nadu and others. Indian had a stagnant performance of agriculture in during the colonial period which turned into a sustained growth since 1947, then with a stronger performance in India especially in terms of per-capita food production the Indian Agricultural Industry grew.

After Independence the early years witnessed accentuation (emphasis) on the development of infrastructure for scientific agriculture. The Important steps were like including the establishment of fertilizer, pesticide factories, construction of large multi-purpose irrigation-cum-power projects, organization of community development projects and national extension programmes and even most majorly starting the agricultural universities as well as new agricultural research institutions across the length and breadth of the nation. 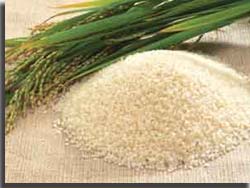 In Green Revolution the task Policy makers and planners took care about the concerns of national food independence, security, and political stability realized that self-sufficiency in food production was an absolute prerequisite. This particular perception led to a program of agricultural improvement called the Intensive Agriculture District Programme (IADP) and then eventually to the Green Revolution. The National Bank for Agriculture and Rural Development (NABARD) was set up for more easy transaction of money for the farmers all around the country. All these steps taken up by the Indian Government led to the quantum jump in the productivity and production of crops.

The Green revolution in India generated a mood of self-confidence in the agricultural capability, which led to the next phase which was the Technology Mission. Under White and Yellow Revolution approach, the focus was mainly on conservation, cultivation, consumption, and commerce. An end-to-end approach was introduced which involved attention from all links in the production-consumption chain, by which the progress was steady and sometimes striking as in the case of milk and egg production.

Today Indian Agriculture Industry continues to face internal and external challenges. While the reasons might be monsoon dependence, low level of input usage, fragmented land-holding, lack of technology application, antiquated agronomic practices and poor rural infrastructure that would deter a healthy growth. While even the subsidies and barriers have been distorting international agricultural trade, rendering agri-exports from developing nations such as India uncompetitive.

The Indian Agriculture Industry is at the verge of a revolution that will modernize the entire food chain in India and as the total food production in India is likely to double in the next ten years. Today there are excellent export prospects, competitive pricing of agricultural product standards that are compared internationally which has created trade opportunities in the agro industry. This has enabled Indian Agriculture Industry Portal to serve as a main means by which every exporter and importer of India and abroad, could fulfill their requirements and avail the benefits of agro related buy-sell trade leads and other business opportunities. 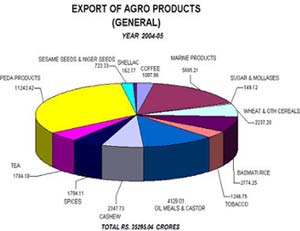 According to the analysts the turnover of the total food market is approximately Rs.250000 crores out of which value-added food products comprises of Rs.80000 crores.The Indian Government has also approved proposals for foreign collaborations, joint ventures, and industrial Licenses and 100% export oriented units predicting an investment of Rs.19100 crores out of which foreign investment is over Rs. 9100 crores.
Indian Agricultural industry also assumes significance owing to India's sizable agrarian economy, which contributes over 35% of GDP and employs around 65 % of the population. The consumer food segment goods have top priority both in terms of foreign investment and number of joint- ventures / foreign collaborations. Indian agricultural industry that have the capacity to lure foreigners with promising benefits are the deep sea fishing, aqua culture, milk and milk products, meat and poultry segments.

During 1990-91, the contribution of agriculture to the country's GDP output was at 32%, which was decreased to 20% by 2005-06. While the industry and services sectors contributed to 80% of the GDP which would increase further, with all of India's big corporate houses focusing on infrastructure and IT segments. 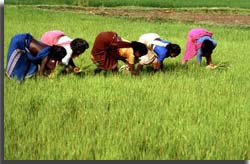 The GDP contribution for sector depends on how much investments it can attract from the people, and the overdependence on industrial sectors would mean that India is slowly shifting from an agrarian based economy to that dependant on imports and exports. The agricultural sector in India is the largest sector in the country's economy. It contributes almost 18.5% to India's GDP, while it accounts for about 13% of the country's total exports. For the past couple of years (2006-07 and 2007-08), the agriculture and allied sector saw a growth rate of more than 4%, comparing to the growth rate of 2.5% during the 10th Five Year Plan. Due to the huge market potential, Indian Agricultural Industry has become the home to a number of top agricultural companies.

Over the years many significant studies have been made in agricultural production towards ensuring food security. Indian Agricultural Universities take care of the Agricultural Research and Education by the way of institutions and Postgraduate colleges for agricultural education and veterinary science. Agriculture has been regarded as the mainstay of our economy. It provides food to millions and raw material for our industries and as India also has enormous potential as an exporter of agricultural commodities. Indian variety of climatic types and natural conditions offer a conducive environment for the cultivation of a large variety of agricultural produce.

Work in agricultural sectors ranges from the academic pursuits of research and teaching to inspection, supervisory work and to other commercial activities of establishing farms, plantations, orchards and carrying on exports of produce from them. Basic training in agriculture is offered for Bachelor's degree course of three to four years duration at all the agricultural universities in the country. For graduate level courses candidates can take admission directly at any state agricultural university. The eligibility criterion for an individual would be 12th pass in science / agriculture. Many universities fix a minimum aggregate of 50% marks to be obtained in the qualifying examination.

• Establishing an enabling environment for agribusiness development - To work on this potential, the Indian government has taken several initiatives to encourage private investment in this area like deregulation of the sector from licenses, import duties and relaxing FDI norms, changing policy regulations for private sector activity in market. Initiatives to enhance the agricultural infrastructure by investing in Food Parks, Agri Export Zones, and terminal markets. All these initiatives are attached on a draft paper on creating an enabling environment for agribusiness development in India.
• As a consequence to the development initiatives taken up by the Indian government, many large Indian conglomerates are investing in agribusiness through by the way of agro-exports, processing, organized retailing and marketing. In recent years agricultural sector has evidenced frantic activity because of huge investments by companies such as ITC, Bharati's Field Fresh, Reliance Industries Limited, PepsiCo, M&M's Mahindra Shubhlabh, and Aditya Birla Group among others.
• For Ensuring product quality and safety -A big challenge is faced by these Indian agro-industries is to ensure the availability of quantity and satisfactory quality of raw materials in order to meet the demands of processing, export and retail markets. Modern value chains are developed by these companies that are emerging alongside the traditional value chains to meet their specific quantity and quality requirements. Many research organizations have documented case studies of successful examples of modern supply chains where smallholder farmers in India are involved in meeting international quality standards. These draft case studies compare these farmers involved in modern value chains with their counterparts in the traditional markets from the perspective of farmer prices, risk management, access to inputs and production technology.