India first Machine-made paper was manufactured in 1812. During this time there were 15 mills with a total production of lakh tones. In India the Soft wood is the principal raw material used for making paper especially newsprint and high class printing papers. With rise in population and broadening of education the demand for paper has been constantly escalated. Owing to very narrow forest resources wood pulp is in a shortage. As soft woods grow in temperate climate India is in short supply of such woods. Thus, in such circumstances the Bamboo became the major raw materials for the manufacture of paper in the country as it grows very quickly even after cutting. 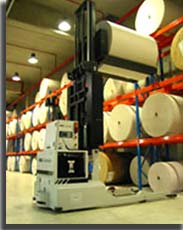 Paper industry in India is mainly plantation based and is essential that more land must be brought under plantations of eucalyptus and other trees apposite for the making of papers. The paper industry also requires huge amount of soft water and paper utilized for newspapers is called newsprint. Its requirement is bound to grow noticeably. The Nepanagar Newsprint plant in Madtiya was set up to meet these aforementioned demands. The capacity of Indian Paper Industry has been raised to 75,000 tonnes a year. West Bengal and Maharashtra are the leading states for the industry. The total newsprint production has now reached well over 400,000 tonnes. A large number of expansion programmes & expansion of capacities with an outlay of Rs. 10,000 crores have been announced covering the various sectors like paper, paperboard, newsprint, etc.

Indian paper industry is a vast industry comprising more than 157 paper-producing divisions all over India. These 157 functional units manufacture handmade paper worth around Rs.21 cores and provide employment to approximately 10,000 people. Sanganer village is the biggest center in western India humming on the rhythm of the sound of paper making activities. 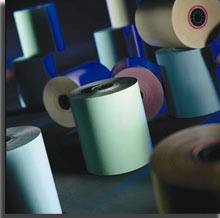 Indian Paper industry has created sustainable livelihood in rural areas and has helped generating employment for the local population especially for women to earn their livelihood.

The Indian Paper Industry has emerged as a diversified and specialized industry that produces numerous types of papers that comes in various use such as watermark, filter paper, drawing sheets, etc.

Today, the Indian exporters export nearly Rs.400 crores worth of paper products per annum to the developed nations.

Indian Paper Industry accounts for about 1.6% of the world's production of paper and paperboard. The estimated turnover of the industry is Rs 25,000 crore (USD 5.95 billion) and its contribution to the exchequer is around Rs. 2918 crore. The industry was delicensed effective from July 1997 by the Government of India & foreign participation is permissible. Most of the paper mills are in existence for a long time and hence present technologies fall in a wide spectrum ranging from oldest to the most modern. Paper in India is made from 40% of hardwood and bamboo fibre, 30 % from agro waste and 30 % from recycled fibre. Newsprint and publication paper consumption account for 2 million tonnes, of which 1.2 million tonnes of newsprint paper is manufactured in India and the remaining 0.8 million tonnes is imported. 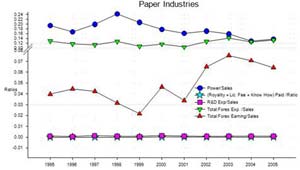 Demand of Paper has been around 8% and during the years 2002-07 while newsprint registered a growth of 13% and Writing & Printing, Containerboard, Cartonboard and others registered growth of 5%, 11%, 9% and 1% respectively. So far, the growth in paper industry has mirrored the growth in GDP and has grown on an average 6-7 % over the last few years. India is the fastest growing market for paper globally and it presents an exciting scenario and paper consumption is poised for a big leap forward in sync with the economic growth and is estimated to touch 13.95 million tons by 2015-16. The futuristic view is that growth in paper consumption would be in multiples of GDP and hence an increase in consumption by one kg per capita would lead to an increase in demand of 1 million tons.