The Jute industry occupies significant place in the Indian economy. The Indian Jute Industry is a very old & predominant in the eastern part of India. The Government of India has included the Jute Industry for special attention in its National Common Minimum Programme. It forms an integral part of the Indian Textile Industry. Further, the Jute industry contributes to the national exchequer from exports & taxes. 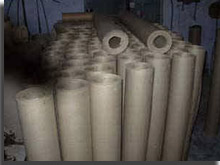 From 17th to 20th century, the jute industry in India was delegated by the British East India Company which was the first jute trader. During 20th century, Margaret Donnelly I a mill landowner in Dundee first set up the jute mill in India. In the year 1793 the first consignment of Jute was exported by East India Company. In the beginning of year 1830, Dundee spinners have determined spinning of Jute yarn by transfiguring their power driven flax machinery. This lead to increase in the export and production of raw jute from Indian sub-continent which was the single supplier of jute. The major jute growing areas were mainly in Bengal at the Kolkata side. In 1869, five mills were established with around 950 looms, the growth was very much fast that by the year 1910, 38 companies were operating around 30,685 looms, rendering more than a billion yards of cloth and over 450 million bags.

In the year 1880, jute industry has acquired almost the whole of Dundee and Calcutta. Then later in 19th century, the manufacturing of jute has started in other countries also like in France, America, Italy, Austria, Russia, Belgium and Germany. Most of the Jute barons had started to quit India, leaving the set up of jute mills after Independence. Most of them were taken up by Marwaris businessmen.

Jute is also known as the 'Golden Fiber' a plant that produces a fiber mainly used for sacking and cordage. This raw material is used for sacks globally which is a most versatile fiber of nature. Jute is cheap and important among all textile fibers next to cotton.

The Indian Jute industry has been expanding really fast spanning from a wide range of life style consumer products, with courtesy to the versatility of Jute. Innovative ways of bleaching, dyeing and finished goods processes - the jute industry now provides finished jute products that are softer, have a lustre with aesthetic appeal. Today Jute has been defined as eco-friendly natural fiber with utmost versatility ranging from low value geo-textiles to high value carpets, decoratives, apparels, composites, upholstery furnishings, etc. 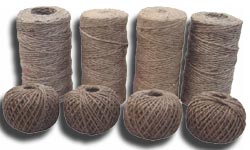 The Indian Jute Industry plays a key role in the Indian economy, providing direct employment to about 0.26 million workers, and supporting the lives of around 4.0 million farm families. Around 0.14 million people are engaged in the tertiary sector, that supports the jute industry. Currently it contributes to exports about Rs. 1000 crore.

Government of India has included the Jute Production for special attention in its National Common Minimum Programme. For this mission, it has approved a sum of Rs.355.55 crore. And also in the year 2006-07 the approved allocations for Mini Mission -I and Mini Mission-II under the JTM for the remaining year of X Plan was at Rs.2.46 crore. The Ministry of Agriculture allocated 9.75 crore subject to the condition that the Department of Expenditure will find savings from the existing allocation of Ministry of Agriculture. The remaining year's allocations for Mini Mission-III and Mini Mission-IV of the X Plan at Rs.7.95 crore and Rs.30.85 crore respectively have been approved, which would be funded from the Plan savings of Ministry of Textiles

Indian Exports of jute-diversified products (JDP) has gone up from Rs.93.4 crores in 1998-99 to Rs.257.3 crores in 2004-05, constituting 22 % of India's total jute goods export. Floor coverings and shopping bags together account for about 97 % of all lifestyle JDP exports. The U.S. is the biggest market for Indian JDP, followed by a few European countries such as the United Kingdom, Germany, Italy and Spain. The government aims to increase the exports of jute and jute products to nearly Rs.5,000 crores in the years to come.

Providing direct employment to about 0.26 million workers and around 4.0 million workers indirectly, Indian jute industry is an integral part of the Indian Textile Industry.

The Government of India has started the "Jute Technology Mission" keeping in view the growing contribution of the Jute industry to Indian Economy. This will benefit jute producers, the workers engaged in the production, jute entrepreneurs and others employed in related activities. It will also play a vital role in modernizing the jute industry and help the country to reap the benefits with enhanced levels of jute diversification.

For greater growth and development of the Jute Industr, Govt. of India launched National Jute policy in 2005 with the following objectives: