Since ancient times Indian Textile industry has been well known for her textile goods. During the colonial regime the traditional textile industry of India was virtually decayed. However, in the early nineteenth century the modern textile industry took birth in India when the first textile mill was established at Fort Gloster near Calcutta in 1818. Next to Agriculture India mainly is into the Textile Sector. Indian Textile Industry is one of India's oldest industries and has a formidable presence in the national economy as it contributes to about 14% of manufacturing value-addition, accounts for around one-third of our gross export earnings and provides gainful employment to millions of people. 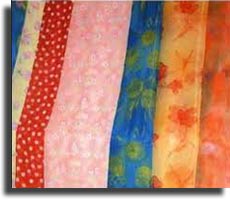 Indian Textile Industry has earned a unique place in our country. It is among one of the industries which were earliest to come into existence in India. It accounted for 14% of the total Industrial production, contributes to nearly 30% of the total exports and is the second largest employment generator after agriculture. This industry provides one of the most basic needs of people and holds importance; maintaining sustained growth for improving quality of life. It has an image of self-reliant industry, from the production of raw materials to the delivery of finished products, with substantial value-addition at each stage of processing which forms a major contribution to the country's economy. India textile industry is one of the leading in the world. Currently the Indian Textile Industry is estimated to be around US$ 52 billion and is also projected to be around US$ 115 billion by the year 2012. The current Indian domestic market of textile is expected to be increased to US$ 60 billion by 2012 from the current US$ 34.6 billion
Today most of the international brands like Marks & Spencer, JC penny, Gap have started procuring most of their fabrics from India. In fact, Wal-Mart, who had procured textile worth $ 200 million last few year, intends to procure $ 3 billion worth of textile in the years to follow.

Indian textile industry is one of largest Industries in Indian Economy. In 2000-01, the textile and garment industries accounted for about 4% of GDP, 14%of industrial output, 18% of industrial employment and 27% of export earnings. Indian textile industry is significant in global context also, ranking second to China in the production of both cotton yarn and fabric and fifth in the production of synthetic fibers and yarns.

The Indian textile industry constitutes 14% to industrial production, 4% to the country's gross domestic product (GDP) and 17% to the country's export earnings, according to the Annual Report 2009-10 of the Ministry of Textiles. 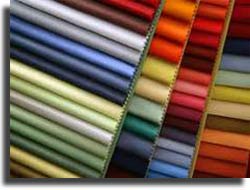 According to the Indian Ministry of Textiles, the cumulative production of cloth during April'09-March'10 has increased by 8.3 % when compared to the same period of the previous year. The total Indian textile exports have increased to US$ 18.6 billion during April'09-January'10, from US$ 17.7 billion during the same period of the previous year, registering an increase of 4.95 % in rupee terms. Gradually the share of textile exports in total exports has increased to 12.36% during April'09-January'10, as per the Ministry of Textiles. During April-March 2009-10 textiles has registered a growth of 5.5% according to the Index of Industrial Production the data released by the Central Statistical Organization (CSO). Cotton, white wool, silk and man-made fibre textiles have registered a growth of 8.2 % while textile products including apparel have earned a growth of 8.5%.

Investments in the Textile Industry

Around US$ 5.35 billion of foreign investment is expected to be made in India in the textile sector over the next five years.The textiles industry has attracted foreign direct investment (FDI) worth US$ 817.26 million between April 2000 and March 2010, according to data released by the Department of Industrial Policy and Promotion.