Most widely used metal after steel, aluminium and copper in the world is Zinc. It is mainly used for galvanizing steel, in alloys, batteries, rubber, paint, electroplating metal spraying and several other sectors. Because of its resistance to non-acidic atmospheric corrosion zinc is instrumental in extending the life of buildings, vehicles, ships and steel goods and structures of every kind. Zinc is a bluish-white lustrous metal and normally covered with a white coating on exposure to the atmosphere. Indian Zinc industry entered its transformation along with the privatization of the largest zinc producer, in the year 2002 the Hindustan Zinc Ltd, in favour of the Sterlite group. 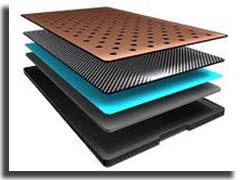 The domestic Indian Zinc industry is now completely under the private sector and is in the midst of a serious expansion programme. There is an assumption that zinc demand grows by 10% till 2010 and at slower 7 % thereafter, in the year 2020 India would require zinc capacity of 14 lakh tpa, in order to be self-reliant. In the year 20008 the next round of large capacity additions was preceded. As India was one of the first countries to gain the knowledge of extracting zinc from zinc ores and start the production of zinc metal, it should have been an important player in the world zinc market but this is not the current situation. India's reputation regarding zinc is not significant as it just produces a small share of the metal in the world's production and is not able to satisfy its domestic consumption demand making it a net importer of zinc.

Indian zinc industry consists primarily of two gaint players in the market, namely Hindustan Zinc and Binani Zinc. Hindustan Zinc is a producer which is integrated having its own mines and has a market share of more than 60%. Binani Zinc is a custom smelting producer. All the major zinc ore mines in India viz. Rampura Agucha, Rajpura Dariba and Zawar mines are located in the state of Rajasthan and all of these are under the control of Hindustan Zinc. In 2004, Zinc consumption has increased from 347,000 tonnes to 470,000 in 2007, backed by demand from infrastructure and industry. The metal is important for galvanizing accounted for around 70% of the total consumption. 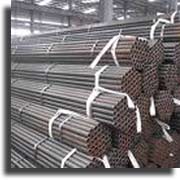 The demand for Zinc in India is expected to remain strong in the coming years on account of growth in the key zinc consuming industries like infrastructure, realty and manufacturing. Moreover due to the growth in automobile and consumer durables industry would also further aid the increase in consumption of zinc India earlier was one of the first countries that started the process of extracting and smelting zinc. Since that time, the country is producing Zinc is one of the oldest countries. India has approximately 4.3% share in the total zinc smelter capacity in the Asia Pacific region. The largest company, which is indulged in the production of zinc, is a public sector company named Hindustan Zinc Limited. But now, ever since the company got privatized, the Indian industry is completely in the hands of the private sector. It can be said that the zinc industry in India, after privatization, is heading towards a major expansion programme. The major zinc mines in India which were under the control of the company are:

Indian Zinc production was in the hands of the government initially as all the operations in India relating to the metal were in the hands of a public sector company - Hindustan Zinc Limited and is biggest company in India, which took care of zinc extraction and its smelting process. In the year April 2002, this company was privatized in favor of Sterlite group and after that the Indian industry is in the hands of private sector completely. The current Indian demand for Zinc metal stands at around 3.5 lakh tons satisfied with the help of domestic production and imports too. About 70% of the Indian demand comes from the galvanizing sector. In the year 2010 after privatizing the zinc sector it is expected that the country would become self-reliant to satisfy the domestic demand. After that, India may transform into a net exporter of the metal.

At present the smelting capacity for primary zinc in India is 260,000 tonnes per annum, as against a domestic demand of about 350,000 tonnes per annum. Over the next 5 to 6 years, demand is expected to grow at about 12 - 15% annually, as against a global average of 5%. Domestic production capacity, however, is also expected to increase to attain self-sufficiency by 2010.

The main consumer for zinc in the domestic market is the steel industry - over 70 %of zinc is used for galvanizing. Other sources of demand for zinc include die-casting, guard rails for highways and imported-substituted zinc alloys

Hindustan Copper Limited (HCL) In the year 1967 HCL was incorporated, under the Companies Act, 1956 and was established as a Government of India enterprise to take over all plants, projects, schemes and studies pertaining to the exploration and exploitation of zinc deposits, including smelting and refining from National Mineral Development Corporation Ltd.