Oil and gas sector is among the eight core industries in India and plays a major role in the economy. India’s economic growth is closely related to its energy demand given the vast need for fuel, therefore, the need for oil and gas is projected to grow more and more in the days to come.
The Indian Government has allowed 100% Foreign Direct Investment (FDI) in many segments of the sector, including natural gas, petroleum products and refineries among others.
According to Industry sources, the primary energy demand in India is expected to nearly double to 1,123 million tonnes of oil equivalent, as the country's gross domestic product (GDP) is expected to increase to USD 8.6 trillion by 2040. As of December, 2020, Gas Authority of India Ltd. (GAIL) had the largest share (69.39% or 11,884 kms) of the country’s natural gas pipeline network (17,126 kms). 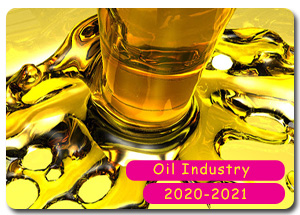 According to the data released by Department for Promotion of Industry and Internal Trade Policy (DPIIT), the petroleum and natural gas sector attracted FDI worth US$ 7.91 billion between April 2000 and December 2020.
The Government of India plans to invest about Rs. 7.5 trillion (US$ 102.49 billion) on oil and gas infrastructure in the next five
years.
In Union Budget 2021, the government allocated funds worth Rs. 12,480 crore (US$ 1.71 billion) for direct benefit transfer of
LPG (liquefied petroleum gas) and Rs. 1,078 crore (US$ 147.31 million) to feedstock subsidy to BCPL/Assam Gas
Cracker Complex.
The Government is planning to invest US$ 2.86 billion in oil and gas production to double natural gas production to 60 bcm and
drill more than 120 exploration wells by 2022.

back to oil INDUSTRies