Tobacco was first brought to India by Portuguese merchants some 400 years ago. However Indian already has its own strains of locally grown tobacco as well. Around he 17th century, tobacco was traded as a commodity with foreign countries through Goa. 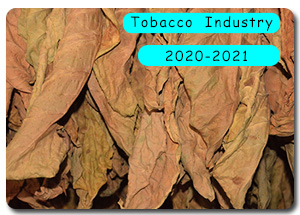 Indian Tobacco is known across the world for its richhess, flavour and smoothness. It is used for making cigarettes in many countries. Tobacco is grown as a major cash crop in India.

India is the second-largest tobacco producer and exporter in the world. About 20 million farm laborers were employed under tobacco industry across India as of May 2021. The tobacco industry provides direct and indirect employment to approximately 45.7 million people in the country ranging from leaf pickers to factory workers.

back to Tobacco INDUSTRies