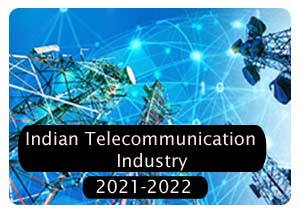 In recent times , India surpassed the US to become the second largest market in terms of number of app downloads. India is the world’s second-largest telecommunications market. Tele-density stood at 85.91%, in 2021, total broadband subscriptions grew to 792.1 million and total subscriber base stood at 1.18 billion.

back to telecom INDUSTRies