Chikhaldara the & only hill station of the Maharashtra state having wild life sanctuary, is situated in the palms of the great satpura Mountains Pollution free atmosphere, deep and steep valleys and mind blowing points are the main futures of the hill station. Renounced and dense forest, Melghat, comprises of beautiful, Tiger Deer, Samber and wild boars.Chikhaldara is located in Amaravati district of Vidarbha region.It has the distinction of being the only coffee-growing area and the Hill Resort in the Vidarbha Region in Maharashtra.

Chikaldhara is situated in the Amaravati District of Vidarbha Region, Maharashtra, at an altitude of 1,118 m.

It is named after "Keechaka". This is the place where Bheema killed villainous Keechaka and threw him into the valley. It thus came to be known as "Keechakadara" - "Chikhaldara" is its corruption.

The ideal time to visit Chikaldhara hills is between October to June. 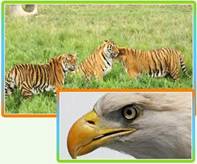 This sanctuary in the Amaravati district of Vidarbha region is named after "Keechaka" which attracts lot of wild life lovers.

You can get to see Panthers, Sloth Bears, Sambar, and Wild Boar.

One can even spot Wild Dogs over here. 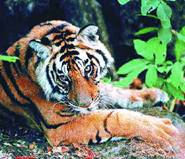 This is one of the most popular tourist attraction in Chikaldhara situated in Dharni tehsils of Amaravati district in Satpuda hill range.

This tiger reserve of 1676.93-sq-km is one of the last remaining habitats of Indian tiger in Maharashtra. 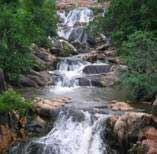 Bhimkund situated at a distance of about 2 kms from the village has a deep valley of about 3500-foot and a stream which is believed to be the place where Bheema is said to have washed his hands in a pond after killing Keechaka.

This is one of the famous and important points, The five hills edges are connected naturally and it becomes a common huge valley, sound echoes five times hence its called panch valley.

This is an extension of the Melghat Sanctuary on southeastern part of Melghat area.This area is known for a rich biodiversity. 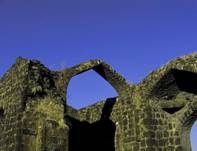 Shrouded in mist and myths is the Gavali tribal fort of Gavilgad or Gavaligad, on the Chikhaldara plateau, now under the Melghat Tiger Project.

Featured in the epic, the Mahabharata, this is the place where Bheema killed the villainous Keechaka in a Herculean bout and then threw him into the valley.

It thus came to be known as Keechakadara - Chikhaldara is its corruption.

This mandir is a cave temple which lies under three huge slabs of rock. This is close to shakkar lake from where water continuously seeps through the ceiling of the cave.

This lake is near Devi point and on the way to Gavilgad fort. Boating is available here.

This hill is named after the mythical cobra � Karkotaka and also has famous nag temple.

The presiding deity of this temple is Nag Karkotaka Maharaj which is visited by a number of devotees on Rishi Panchami.

Nearest railway station is Badnera at 110-km on the Central Railway branch line.