The credit of the first Indian cosmopolitan and planned industrial city goes to Jamshedpur.It is otherwise popularly known as Steel City or Tatanagar.This industrial area is also known for its relaxed environment which is engrossed with parks and gardens which helps you to relax from the tensions of life. The city was named after its founder Jasmshedji Nusserwanji Tata in 1919.

Jamshedpur lies on the Chota Nagpur Plateau in the East Singhbhum district of Jharkhand.It is enclosed by Dalma Hills and is fenced by the Subarnrekha and Kharkai rivers on the Northern and Western part.

Jamshedpur was originally a part of the Bihar state and was called as Sakchi.It was Jamshedji Tata who discovered a terrain rich in iron, coal, limestone and water near Sakchi for his construction of India’s first steel city in 1904.After which in 1919 Sakchi was renamed as Jamshedpur in the name of its founder.But however in 2000 after the formation of the new state Jharkhand Jamshedpur became its capital.

Bhaubeej - This is the festival celebrated for the brothers well being by the sisters and it falls either in the month of October or November.On this day the sisters perform aarthi to their brothers and put tilak on their forehead.

Gowri Habba -It is one of the most famous festival celebrated in major parts of the country.It falls on the day before Ganesh Chaturthi and the main diety which is worshipped on this day is Goddess Gowri the mother of Lord Ganesha.

Chhath - This festival is celebrated twice a year once in summer around May and is referred as Dala Chhath and once in  the winter around September and is known as Kartik Chhath.

Bhuvaneshwari Mandir - This temple is located on top of a small hill in Telco.This shrine houses the idol of Goddess Bhuvaneswari which is featured by four hands.From this temple you can get a breath taking view of the city surrounded by the rivers.

The Parsee Fire Temple - This is one of the holy place of worship for the Parsees and is located near the Jubilee Gardens.The main feature of this temple is the holy fire which was installed in 1960.This holy fire was transformed from Cursetjee Manockjee Shroff Agairy of the khades Parsee in Bombay. Swami AyyappaTemple - This temple located in Jamshedpur is known for its spiritual ambience.The supreme diety which is worshipped here is Swami Ayyappa.
PLACES OF INTEREST 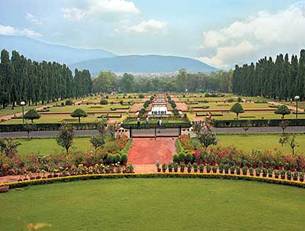 This is an amusement park spread over an area of about 200 acre and is also housed with a small lake and a zoo.

This centre for recreation has exciting rides along with Laser shows and musical fountain.

This is another famous park in Jamshedpur located close to the Keenan Stadium of the city.It has a beautiful and well maintained garden.Apart from this other major attraction of the garden includes illuminated fountains and colouful flowers.This park is named after Sri Dorabji Tata,pioneer of Tata Iron and Steel Company.

HudcoLake This is an artifical man made lake situated in the TELCO colony.

This is one of the famous picnic spot in the city and it also has a beautiful park with a well maintained garden and an artifical waterfall.

From the park you can get a beautiful view of the city.

This lake is at the foot of the Dalma hills located at a distance of about 8 miles from Jamshedpur.

Being an artificial reservoir, it is one of the main sources for the city's drinking water needs.

It also has facilities for water sports like jetskiing and rowing. 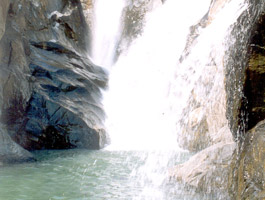 This fall which is a feast for nature and scenic beauties are situated amidst dense forest.

It is situated at a distance of about 70 kms from Ranchi. 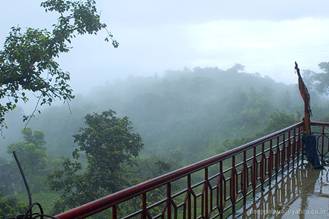 This sanctuary is spread over an area of about 193square.

kilometers and is located close to the city of Jamshedpur.

This sanctuary is mainly featured by the elephants which migrates from different parts of the country. 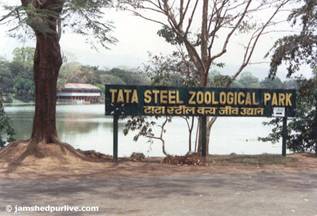 This zoological park is also close to the Jubilee Park and is known for its flora and fauna.

This is of major interest to bird lovers for differnt varities of birds migrate from differebt parts of the world.

It also entertains the people with a boathouse and “Machaan Restaurant.”

Though Jamshedpur has its own airport at Sonari which is mainly used by corporate airplanes and for gliding lessons. The next closest and commercial airport is situated in Ranchi and Kolkata. Flights of Indian Airlines, Air Deccan connect Ranchi with Kolkata,Delhi, Mumbai and other cities of India.

Railway Station in Jamshedpur, known as Tatanagar, is well connected with other major cities. Direct trains to Jamshedpur are available from many stations including Delhi, Kolkata, Chennai, Guwahati and Trivandrum.