One of the oldest cities of Gujarat, Surat has been a flourishing centre of international trade since the 14th century.Believed to have been founded by a Brahmin named Gopi who rose to rank of Prime Minister under the Sultanate of Gujarat, the arc shaped city is strategically situated on the southern bank of river Tapti about 20kms.from the Arabian sea.Surat was the chief port of the Mughal empire,wjosw mint was located here.

Surat is a major industrial city with many textile mills. Besides, Surat is also an important diamond-cutting centre in India. Situated in Valsad district, Surat is a home to leopards, tigers, panthers and wild boars. Today, Surat has become a major business city famous for its textile industry.

The city extends from latitude 21°15' in the North to longitude 72°52' in the East and is located on the bank of river Tapti.

Surat a major centre for its textile industry has its mention even in the Mahabharata. Politically in 610 AD it was under the control of the Western Chalukyas until it was captured in 12th century by a general of Qutub-ud-din Aibak.The city started to glow with prosperity only after the parsis.After a long battle in the year 1573 Akbar captured this place and soon it became a centre for trading for the Arabians especially.

Slowly one by one starting with the British in 1612 followed by the Dutch and French had their trading factory in Surat.Thus in 1852, Surat became the first municipality of Gujarat and gradually it became a major business city famous for its textile industry.

This festival is celebrated on the 14th of January and on this occasion the sky is filled with multi-coloured kites of different patterns and dimensions. All age groups fly kites and take on bids to cut each others kite string.

This annual festival falls in the month of spring just before holi.The main highlight of this festival is the representation of the old tradition of kings and chieftains who would visit the city of Surat to meet in the popular Durbar.But now it is more of an exhibition where   tribal people from different parts of the district take part in this fair in their traditional attire, garments and crafts. Traditional dandia and garba dances are performed tuned to the popular music of the region called 'ras'.

This is one of the main Parsi fire temple in town and no non Parsis are allowed to enter this temple. 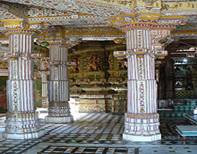 Chintamani Jain temple is a very noted temple of the city which was built during the period of Emperor Aurangzeb in 17th century. Though the exterior of this temple is simple it should be appreciated for its interior architecture adorned with vegetable dye paintings covering the wooden pillars topped with carved brackets.

Nav Sa’id Masjid is one of the four main mosques, along with Khudawand Masjid,Sayyid Idris Mosque, and Khwaja Diwan Sahib. 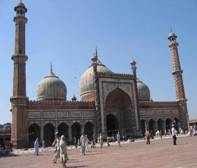 This is a 4-storey Masjid, or otherwise popularly referred as Friday Mosque. It was built in the 16th century reusing parts from the Jain temple that was here previously.

This mausoleum for Khwaja Safar Sulemanim, the Governor of Surat, was built by his son in 1540, with signs of Persian influence in the architecture. 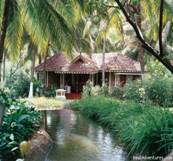 Duma is known for its health resorts situated on the coastal area of the Arabian sea. This place at a distance of about 16km from Surat also has cottages for different ranges.

This is a famous picnic spot at a distance of 28km from Surat and has much seaside resort.

Ubharat is again another beach resort which is around 42 km off Surat. 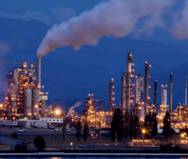 This place is called as the headquarters of Parsis and is at a distance of about 29 km south of Surat.This is more like a settlement of the Parsis.

Udvada falls under the district of Valsad and is a coastal town known for having the oldest sacred fire of Parsis in India, popularly referred as Zoroastrian Atash Bahram fire temple. The other attraction of this place is the Udvada Beach and the Parsi food. This place is considered to be a very sacred spot by the
Parsi and Zoroastrians. 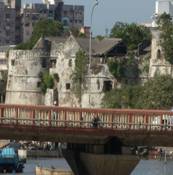 This fort was mainly built for purpose of defence from the attack of Bhils.The Old Fort belongs to the 14th century and was built by Muhammad Tughlak.

Bulsar is known for its Vansada National Park which houses Wild animals such as Leopards, Tigers, Panthers and Wild boars. The ideal time to visit this park is the months of March and October.

Tithal which is about 108 km from Surat is a beautiful sandy beach and palm-fringed cottages.

Bardoli at a distance of 34 kms. from Surat is the place from where Gandhiji had launched farmers’ satyagrah, known as the Bardoli satyagrah in 1921 -22 under the leadership of Sardar Vallabhbhai Patel. Swaraj Ashram at Bardoli has become a place of pilgrimage in India. 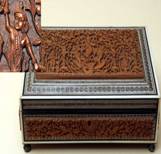 Surat is an excellent place for people who are very much interested in textiles. One can get a good buy on handlooms and handicrafts.Surat is very famous for zari worked lustrous Indian garments. There are number of shops which sells fine gold and silver threads used in zari work.Sadeli or marquetry work is yet another specialty at Surat.Surat is also known for its woodwork involved in the making of table lamps, side tables and boxes. One can also look for intricate silver and applique works on garments and other wooden items.

Surat Airport is situated on the outskirts of the city. The airport has been inaugurated recently and has made the city all the more accessible for the tourists. Presently, there are two airlines operating from the Airport, the Indian Airlines and the Kingfisher Airlines. Surat is well connected to main cities like Delhi, Mumbai, Jaipur, Bhavnagar and Kandla by air. The airport will soon become equipped to handle international cargo and traffic also

There are a number of buses operating from Surat. Theses buses connect the city to various important states like Maharashtra, Madhya Pradesh, Delhi and Rajasthan. Apart from this, there are state buses as well as private buses connecting Surat to various cities in Gujarat. The city is connected to the National Highway via a connector highway. It is also accessible from National Highway.

Surat has a railway station of its own. It is one of the main junctions on the Mumbai - Delhi - Ahmedabad broad gauge line. Many important trains service the railway station regularly connecting it to several major cities in Gujarat and the sates of western India.