The Indian Wind Industry witnesses a record breaking year in 2011. It is likely to find the going tough in the coming years.
This is because the accelerated depreciation subsidy which has been around for a long time making India the 5th largest wind energy producer, has been removed.

Also the GBI incentive scheme too was removed so that the Wind Energy industry depends on the Renewable Energy Certificates (REC) scheme which is quite fickle and market based.

Certain hitches remain in the field, making it hard to withstand the wind tide.

The wind energy companies are protesting such a move as it would increase the capital costs by around 1-2%,. 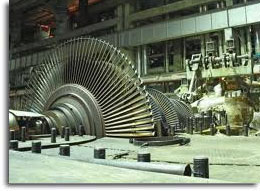 The distribution utilities are threatening to remove the banking facility of the wind energy producers which allowed them to sell power at a time when the electricity prices were high.

The wind turbine producers like Suzlon, Gamesa and others were also accused by the wind farm owners of colluding to set higher prices.

Now the local bodies such as the have decided to impose local taxes and fees on wind turbines which are installed.

back to turbine INDUSTRies