Indian Turbine Industry is growing rapidly as wind energy is the fastest growing source of renewable energy in the country. According to the analysts in India more than 90 % of wind energy potential could be exploited by 2030. There are huge local production facilities in India due to the vast demand for equipment by the wind power industry in the country. Incentives are provided by the Central and State governments to the companies manufacturing wind energy equipment which contribute to the growth in India's Turbine industry. India has huge demand for wind turbines and windmill blades. 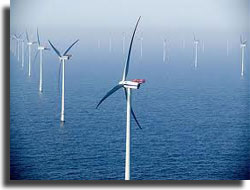 India today has one of the world's largest programs for deployment of wind energy products and U.S. companies would take advantage of this huge market. There are many opportunities available for U.S. companies to offer their expertise and equipment for wind energy in Indian Market. India imports wind turbines, windmill blades, wind battery charger, wind energy converters, etc which are used in energy generation. Wind power is the greatest renewable energy generating potential in India. U.S. financial services providers today safely invest in this field with potential for a good profit margin.

India's agenda include high Energy security and sustainable development. The reasons are due to volatile energy prices, high demand for energy, security and concerns over environmental sustainability and the global climate change. With proper incentives wind energy India would meet over 24 % of energy needs by 2030 according to Global Wind Energy Council (GWEC) and the Indian Wind Turbines Manufacturers Association (IWTMA). The growth trends of wind power development in six Indian states like Andhra Pradesh, Gujarat, Kerala, Maharashtra, Rajasthan and Tamil Nadu indicate that more than 90 % of wind energy potential prevails in India which could be exploited by 2030. Need for installation of high powered wind turbines to replace old turbines and lower capacity machines, development of offshore wind farms and development of hybrid turbines are some of the factors leading for the rapid growth of wind industry in India. In 1990's the development of wind power in India began and has significantly increased in the last few years. India is home to one of the world's largest wind power companies. Suzlon Energy. Suzlon is the largest wind turbine manufacturer in Asia (5th worldwide) and operates a 584 MW wind park in the Western Ghats-Tamil Nadu- the state with the most wind generating capacity and the largest wind park in the world.

India currently is the 4th largest generator of wind energy in the world with an installed capacity of 8698 MW which is even ahead of China's 5899 MW as per research and projects investment database firm "Projects Today". The wind power contributes 70 % of the grid interactive renewable power installed in India. While the short gestation period of installing wind turbines, and the increasing reliability and performance of wind energy machines has made wind power a favored choice for capacity addition to the country. India today has nearly 25 wind energy equipment manufacturers.

India today has a well developed manufacturing base which includes global leader Suzlon, accounting for over half of the market. Some of the leading Indian and global companies in this industry are Vestas, Wind Tech, Repower, Siemens, and LM Glasfiber, RRB, Enercon, and the new entrants such as ReGen Power Tech, WinWinD, Kenersys, and Global Wind Power. 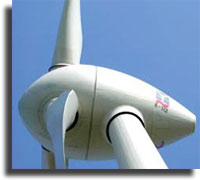 Robust growth in the country's Turbine equipment manufacturing industry is largely driven by the incentives provided by the Central and State governments. Suzlon, an Indian company, emerged on the global scene in the past decade by 2006 had captured almost 8 % of market share in global wind turbine sales. Suzlon is currently the leading manufacturer of wind turbines for the Indian market, holding some 52% of market share in India. Suzlon's success has made India the developing leader in advance wind turbine technology.

Today there is a huge demand for sophisticated equipment manufactured by International wind energy equipment manufacturers. A modern wind turbine consists of about 8000 unique components and such components of related services are supplied by an estimated 25 to 30 highly specialized companies in India along with the large number of international suppliers. Indian wind turbine manufacturers provide operation and maintenance support and also monitor the field performance of the wind turbines installed by them.

Increasing competitive pressures in Indian Turbine business due to the reduced import duties, larger number of suppliers and substitute products.

As India has considerable growth in sugar, paper and power plants, a CAGR of 7% for steam turbines over next five years. Turbines business projected to grow to Rs. 2400 cr (US$ 558 million).

Growth in the market for (steam & hydro) turbines has been uneven - average growth 7 % per annum. Higher growth in gas turbines market is primarily due to demand in cogen & power sectors. Gas turbines manufacturing in Indiais a recent phenomenon (1996). 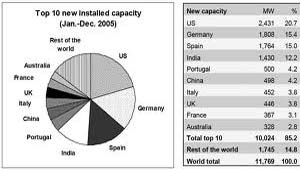 Opportunities in Indian Turbine Industry exist for component manufacturers to becoming suppliers to wind equipment manufacturers. There is a huge demand for wind turbines and windmill blades, which generate cheap eco-friendly energy. Foreign Direct Investment (FDI) is allowed in the fields of resource assessment, renovation and modernization of existing projects. In India U.S. companies have opportunity to establish turbine-manufacturing facility by investing in joint ventures of the country.