The Indian cane sugar market is projected to reach a CAGR of 4.3% during the forecast period (2020-2025). Sugar production rose by 13% to 30.56 million tonnes in the first eight months of the current marketing year ending September, mainly due to higher output in Maharashtra, according to trade data. 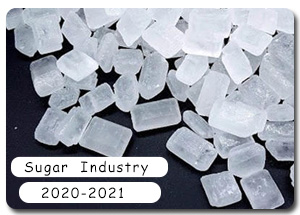 Sugar mills across the country have produced 305.68 lakh tonnes of sugar between October 1, 2020 and May 31, 2021, according to the Indian Sugar Mills Association (ISMA).

In Uttar Pradesh, sugar production stood at 110.16 lakh tonnes as against 125.46 lakh tonnes in the year-ago period.

Sugar production in Maharashtra rose to 106.28 lakh tonnes as against 61.69 lakh tonnes in the corresponding period of the previous year.

"It is also estimated that around 44-45 lakh tonnes of sugar would have been exported out of the country during January, 2021 to May, 2021.

Recently, the government had reduced its assistance in export of sugar from Rs 6,000 to Rs 4,000 per tonne for the 2020-21 marketing year, citing current global market scenario.

Indian Sugar Mills Association (ISMA) has projected the sugar output to increase by 13 per cent to 310 lakh tonnes in the 2020-21 marketing year on likely higher availability of sugarcane as against 274.2 lakh tonnes last year.

back to sugar INDUSTRies