The value of India's television industry was estimated to reach 13.6 billion U.S. dollars in 2021. It was valued around 11 billion dollars in 2019. Television is part of the brown segment of consumer durables in the country. India’s TV industry earned about 778 billion Indian rupees in fiscal year 2020 with subscriptions and advertising revenues put together. A large share of this came from subscriptions, with over 500 billion rupees during that year. 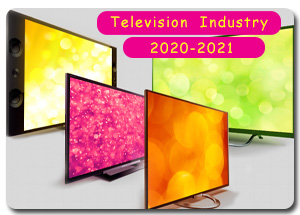 Although the consumption of online content is on the rise in the country, television remains just as central in Indian households with over 188 million TV households in the country a couple of years back. The rate of penetration of paid cable and satellite television is forecasted to be over 80 percent of households from 2019 to 2023.

back to television INDUSTRies