Indian Television Industry has been in existence for nearly since four decades. Initially for the first 17 years, it spread haltingly and transmission was mainly in black & white. The thinkers and policy makers of the country, who had just been liberated from centuries of colonial rule, frowned upon television, looking on at it as a luxury for Indians. In 1955 a Cabinet decision was taken disallowing with any foreign investments in print media which has since been followed religiously for nearly 45 years. Sales of TV sets, as reflected by licenses issued to buyers were just 676,615 until 1977.

For the past 21 years Television has come to every one as a forefront. There were initially two ignition points: the first in the eighties when color TV was introduced by state-owned broadcaster Doordarshan (DD) coinciding with the 1982 Asian Games which India hosted. In this period no private enterprise was allowed to set up TV stations or to transmit TV signals. 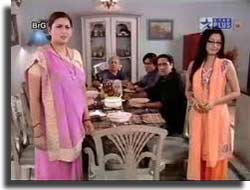 The second spark for Indian Television Industry came in the early nineties with the broadcast of satellite TV by foreign programmers like CNN followed by Star TV and a little later by domestic channels such as Zee TV and Sun TV in the Indian house-hold. Before this spark the Indian viewers had to make do with DD's chosen fare which was dull, non-commercial in nature, directed towards only education and socio-economic development with no choice left for them. There were only few Entertainment programmes. In 1984 the solitary little soap like Hum Log (1984), and mythological dramas: Ramayan (1987-88) and Mahabharat (1988-89) were televised, millions of viewers stayed glued to their sets.

When, urban Indians found that it was possible to watch the Gulf War on television, they rushed out and bought dishes for their homes. People turned entrepreneurs and started offering the signal to their neighbours by flinging cable over treetops and verandahs. From the large metros satellite TV delivered via cable moved into smaller towns, spurring the purchase of TV sets and even the upgradation from black & white to colour TVs.

The initial success of the channels in the Indian house hold had a snowball effect: more foreign programmers and Indian entrepreneurs flagged off their own versions. From two channels prior to 1991, in 1996 the Indian viewers were exposed to more than 50 channels. This was time when Software producers emerged to cater to the programming boom almost overnight and some talent came from the film industry, advertising and from journalism.

During 1995-96 more and more people set up networks until there was a time when an estimated 60,000 cable operators were existing in the country. Some of them had subscriber bases as low as 50 to as high as in the thousands. The multi-system operators (MSO's) took over the local networks or franchising cable TV for feeding the smaller operators for a fee. This phenomenon led to resistance from smaller cable operators who joined forces and started functioning as MSOs. The net outcome was that the number of cable operators in the country has fallen to 30,000.

Some of the popular Indian Television soap operas during 80's which come to our mind are Wagle ki Duniya, Malgudi days, Rajni, Nukkad , Humlog , Ramayana , Mahabharata,etc.

Commercials were very simple and sometimes got very popular too , whoever watched Indian Television during 80's should still remembers most of them by heart , some commercials like Nirma Washing powder , Vicco vagradanti, Dabur chavanprash, Maggi noodles, Rasna were popular.

Indian Television industry today is found to be one of the fastest growing entertainment industries through out Asia, and that is reachable even to the "aam aadm" given the number of new channels erupting all over the country and new shows being churned out constantly. Television Industry in India has faced a diverse change in script, screenplay, concept or themes and story telling pattern with private channels coming to the front row like Zee TV, Star Plus and Sony Entertainment television. The consumtion pattern of the people has changed due to education, knowledge and societal changes and this has been facilitated by the reach and spread of cable network from urban to rural, home to home this makes viewers vulnerable to change and they had welcomed this change. Another reason for this change is their aesthetic and cognitive diet. 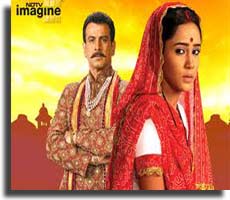 Earlier the programs were basically confined to religious and family threads. Sagas like "Kyuki Saas Bhi Kabhi Bahu thi", "Kahani Ghar Ghar Ki", were good shows for Indian values which are imbibed in the family as well as how the Indian traditions are inherited and followed by the family. These days there are soaps on social causes bringing awareness in the society using mass media as a tool, shows like "Balika Vadhu", "Kashi", "Na Ana Is Desh Meri Laado", "Pratigya" dealt with child marriage, girls' early marriage, domestic violence on women prevailing in the society. Television has also seen soaps focused on career and dreams, with something different styles television like the "Jassi Jaissi Koi Nahi", "Sanjeevni - a medical boon", "Left Right Left", "Radha Ki Betiyaan Kuch Kar Ke Dikhaegi". Serial "Jassi jaissi koi nahi" has a great success story even the post and telegraph department could not lean back and step forward with a special stamp cover release with its protagonist. With the advent of "Kaun Banega Crorepati" (KBC) the channels were inundated with game shows formula which is a little bit of mental exercise and a monetary reward coming your way with these programs.

Indian Television Industry has gained new momentum due to liberalization and enhanced enthusiasm shown by the broadcasters to seize a huge share of the entertainmen industry. Indian Television industry in 2009 stood at US$ 5.65 billion registering a growth of 6.8%. The industry is projected to grow at a CAGR of 15.5 and reach around US$ 11.45 billion by 2014.