In 2021, the value of copper production in India amounted to approximately 8.85 billion Indian rupees. This figure is estimated to increase to around 9.2 billion rupees by financial year 2022. 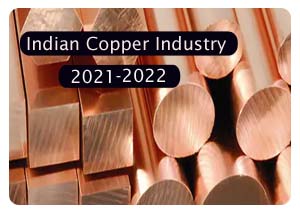 back to copper INDUSTRies