NATIONAL FLAG
Pandit Jawaharlal Nehru presented to the Constituent Assembly of India on July 22, 1947,the National - Flag of India. It is a horizontal tricolourflag. The ratio of the width to the length of the Flag shall ordinarily be 2 : 3. The cloth for the manufacture of the flag can be handspun and handwoven khadhi, cotton, woolen or silk. 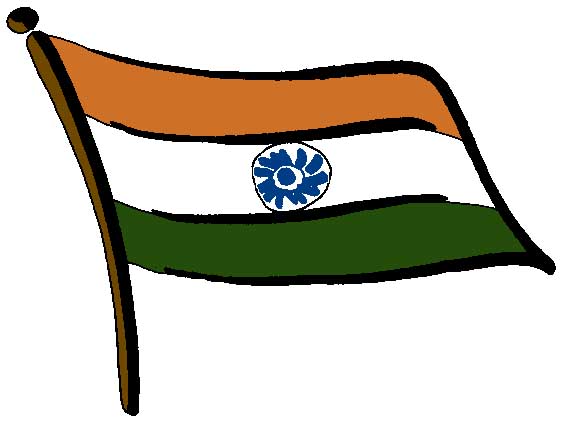 The Ashoka Chakra shall have 24 spokes equally spaced and shall preferably be screen printed or otherwise printed or stencilled or suitably embroidered with navy blue colour. In all the cases, the chakra shall be completely visible on both sides of the flag in the centre of the white panel. 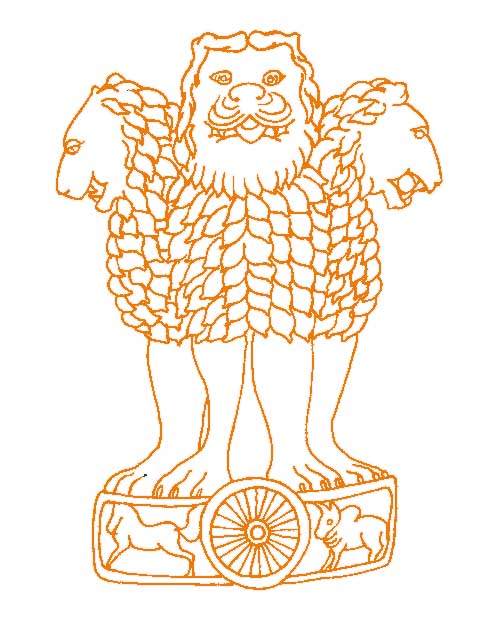 The National Emblem of India is a replica of the Lion of Sarnath, near Varanasi in Uttar Pradesh. The Lion Capital was erected in the 3rd Century B.C by Emperor Ashoka to mark the spot where Buddha first proclaimed his gospel of peace and emancipation to the four quarters of the Universe. The National Emblem is thus symbolic of India's commitment to world peace and goodwill. The four lions (one hidden from view) - symbolizing power, courage and confidence,rest on a circular abacus.

The abacus is girded by four smaller animals - guardians of the four directions: the lion in the north, the elephant in the east, the horse in south and the bull in the west. The abacus rests on a lotus in full bloom, exemplifying the fountainhead of life and creative inspiration.

The national anthem was composed by Rabindranath Tagore in Hindi . He also composed many lovely songs and beautiful short stories which are popular with the elites as well as the rough peasants. The songs were based on the beauty of India's scenery, the beauty of women and the sufferings of the masses. He was awarded th Nobel Peace Prize in 1913 for his literary works.
Top


NATIONAL SONG- Vande Mataram
Composed by Bankim Chandra, the National Song of India, appears in the Bengali novel Anand Math. The English translation of this "Vande Mataram" rendered by Shree Aurobindo, is considered to be the official and best. The first stanza of this song has been given the status of our national song. 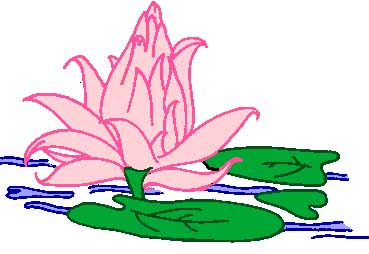 The Lotus or water lily is an aquatic plant of Nymphaea with broad floating leaves and bright fragrant flowers that grow only in shallow waters. The leaves and flowers float and have long stems that contain air spaces. The big attractive flowers have many petals overlapping in a symmetrical pattern.

The root functions are carried out by rhizomes that fan out horizontally through the mud below the water. Lotuses, prized for their serene beauty, are delightful to behold as their blossoms open on the surface of a pond.

In India the sacred lotus is legendary and much folklore and religious mythology is woven around it.
Top 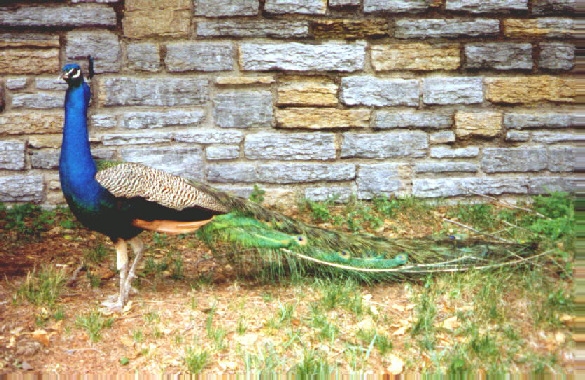 The Peacock has been given a proud position in India. It is taken as the bird to represent the whole country. The male has gorgeous tail feathers, which have a striking color combination. The tail spreads out for over a meter. During rains or at times when it feels excited it spreads its tail in the form of a fan and dances, which is a magnificent sight. It produces a raucous, harsh and penetrating sound, which is termed ugly when compared to its elegant poise.

Peacocks are found throughout India up to a height of 5000 ft. They feed on grains, vegetables, snakes, and insects. They normally roost on big trees. They are known to move only in groups. Poaching of these birds is strictly prohibited throughout India.
Top

Tigers are very graceful and majestic in appearance. The Indian tiger has a golden yellow color with black strips and a shorthaired coat. Some tigers in India are white in color as found in the famous Gir forests of Gujarat.

The tigers in the Sunderbans and the Himalayan regions are bigger than those found in Madhya Pradesh and in South India. Tigers normally live in evergreen forests. In the Sunderbans they lead an amphibious life.

The lifespan of a tiger is around 20 years. They hunt almost all wild animals even the big elephants.
Top 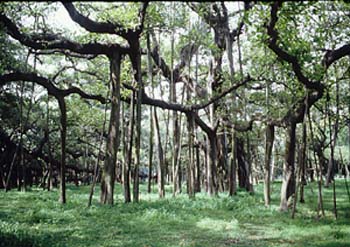 Indian national tree is the fig tree, Ficus bengalensis, whose branches root themselves like new trees over a large area. The roots give rise to more trunks and branches.

Because of this characteristic and its longevity, this tree is considered immortal and is an integral part of the myths and legends of India. Even today, the banyan tree is the focal point of village life and the village council in most areas meets under the shade of this tree.

A fleshy fruit, eaten ripe or used green for pickles etc., of the tree Mangifera indica, the mango is one of the most important and widely cultivated fruits of the tropical world, especially in India and hence it is its national fruit.

Its juicy pulp is a rich source of Vitamins A, C and D. In India there are over100 varieties of mangoes, in different sizes, shapes and colours. Mangoes, have been cultivated in India from time immemorial.

Hockey is the National Game of India. Unmatched excellence and incomparable virtuosity brought India a string of Olympic gold medals. The Golden Era of hockey in India was the period from 1928 - 1956 when India won 6 consecutive gold medals in the Olympics.

During the Golden Era, India played 24 Olympic matches, won all 24, scored 178 goals (at an average of 7.43 goals per match) and conceded only 7 goals. The two other gold medals for India came in the 1964 Tokyo Olympics and the 1980 Moscow Olympics.
Top